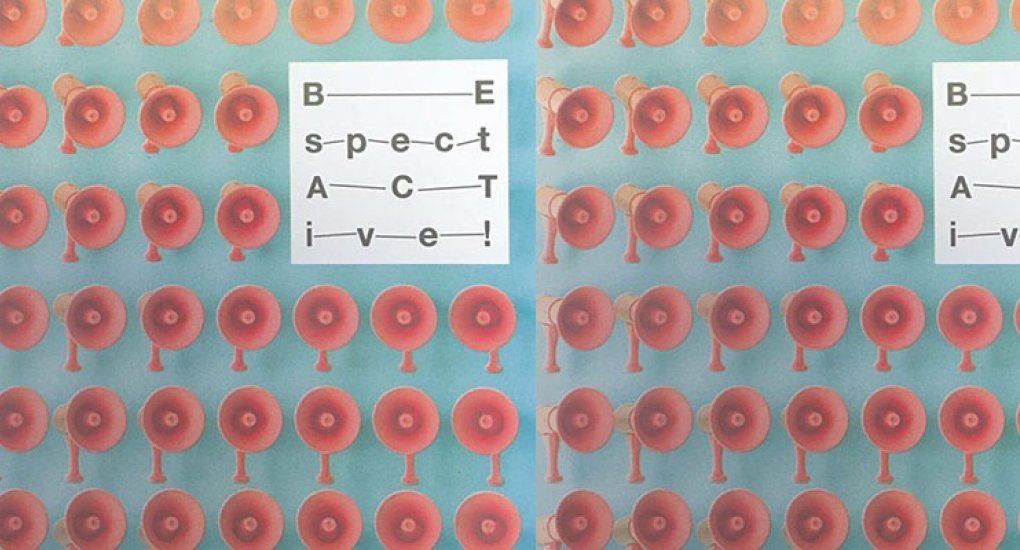 Summary of the Be SpectACTive! Annual Conference

2 days, 112 attendees from 17 different countries, 24 speakers, 12 parallel workshops and 2 round table discussions. These are some of the numbers of the 3rd International Annual Conference of Be SpectACTive!, held in Barcelona on November 22-23, 2016. Be SpectACTive! is a European project started in 2015 and co-funded by the Creative Europe Programme of the European Union, which aims at researching and promoting a new vision of active spectatorship in the performing arts. Every year, the Be SpectACTive! network hosts an international conference in a partner city, where project results are presented through an open debate that can be joined by arts organisations and individuals interested in taking part.

As the title of the conference (The proactive role of live performance audiences) suggests, this year's initiative intended to explore the changing role of cultural audiences, with respect to contemporary creation and production processes, both from the viewpoint of academics and practitioners, in order to share not only theoretical perspectives, but also real practices.

Day 1 opens under rainy skies, causing some delays with the start of the conference, nevertheless not impeding attendees to participate in great numbers. Following official greetings by Elisenda Paluzie – Dean of the School of Economics and Business (UB), which hosted the event – and Cristina Loglio – President of Creative Europe Desk Italy, Ministry of Culture -the italian Be SpectACTive! coordinators Luca Ricci and Giuliana Ciancio introduced the European project to the audience. The speakers stressed the concepts of audience engagement and active spectatorship which are at the base of the project and provided the definition of Be SpectACTive! final goal: "to improve understanding, fulfillment and growth of all the actors involved in the artistic experience".

Then, it is the turn of the rationale of the conference, presented by prof. Lluís Bonet (Universitat de Barcelona) and prof. Emmanuel Négrier (University of Montpellier), research members of Be SpectACTive! and curators of the event. After explaining the conference structure, the debate can finally get to the heart of the matter with the theoretical speeches that will cover most of the morning session.

The first scholar to take the floor is sociologist Dafne Muntanyola, presenting her reflections on participatory artistic practice, through an evolution of the concept of social interaction, which is defined as "shared and taken for granted perceptions and thoughts in action, based on multimodal relations among bodies, objects and space". This definition stresses the importance of spatiality, which is the base for creating distributed models of artistic practice with participation at the heart. In this vision, the unit of analysis of artistic practice is no longer the artists' and participants' bodies, but the quality of interaction, which can be investigated through methods such as cognitive ethnography. The following intervention was given by Franco Bianchini – renowned cultural expert and professor at the University of Hull, UK. He started his analysis on the relationship between cultural participation and local cultural policies by contextualizing background conditions which led to the actual crisis of "democratic elitism" in Europe – among them the "growing popular distrust of political, economic, academic, media and other elites" and the "crisis of legitimacy of traditional cultural institutions". The professor addressed various sensible issues, such as today's uneasy coexistence of policy rationales from different historical periods, the value of cultural participation, advantages and disadvantages of urban cultural policies in the context of the economic downturn and the role of interculturalism in participatory urban cultural strategies, just to cite some. Turning main ideas emerging from the speech into recommendations for cultural organisations, a first suggestion would relate to the "porosity" and "permeability" of institutions as a key condition to connect with local communities. In terms of strategies for community engagement, participatory budgeting could represent an innovative way for fostering social interaction and intercultural encounter, though we have to reconsider the value of conflict as fertile ground for a collective constructive exchange.

Some interesting data emerged from "Engage Audiences" European study on audience development presented by Alessandro Bollo (Fondazione Fitzcarraldo, Italy). Preliminary results from interviews to 30 cultural organisations across Europe show, at first, the variety of AD practices, which change accordingly to the political, economic and social contexts. Common features encountered in participatory organisations were a listening attitude, a trial and error approach, data relevance and shared objectives. In most cases, implementation of AD strategies required a deep institutional change, like the redefinition of the mission and re-shape of strategies. Finally, mid-long term evaluation systems based on quantitative and qualitative data seem very hard for cultural organisations to set up, even though this knowledge is essential to support AD activities. Bollo concluded highlighting the criticality of time and a forward-looking approach in order to generate effective participatory strategies and a positive legacy.

The theoretical session was closed again by prof. Bonet and prof. Négrier, who shared research results of a comparative analysis between the new French Occitan region and Spanish catalan-speaking areas (Catalonia, Valencia and Balearic Islands). The study aims at analysing active audience participation strategies in performing arts institutions and the existence and functions of spectators' associations. Results show that festivals are more likely to involve volunteers and spectators in creation and production processes than permanent venues, moreover, few differences exist between the two territorial entities, thus the geographical variable in this case is not very significant. Surprisingly, the study discovered that there is no such difference in the way to deal with current and new audiences and that the idea of training audiences is not strongly shared, even though it is more widespread in the Catalan area. After the coffee break, it is time for the first round table discussion, moderated by Pep Salazar (Executive Director at Offf Festival). Liz Wilson from York Theatre Royal (UK) introduces the disruptive experimentation of Takeover Festival, run entirely by 12 to 26-year-olds – even though under the supervision of a mentor - stressing the need of empowering young generations. Jordi Duran (Artistic Director at FiraTàrrega, Barcelona) illustrates their new "Creation Support Programme", which includes participatory activities adressed mainly to the local community (ranging from open rehearsals to one-month residencies) and the staging of performances in streets and unconventional venues. In closing, Luca Ricci recounts the story of Kilowatt Festival (Italy) and its Visionari, a selected group of active spectators (100 citizens since 2006) involved in the programming of the festival. Each year, participants select 9 companies to be invited to the event, under the supervision of a curator, whom role is to create interactivity and bridges between the audience and the project. Luca claims the importance of working with "non-experts", as to him participatory practice implies promoting democratic engagement and horizontal relationships.

The afternoon session starts after an informal lunch break, opening with the first round of parallel workshops, a space of debate and exchange of practice with conference's participants. The 12 workshops (4 in the afternoon of the first day and 8 in the morning of the second) revolved around 7 main topics:

•          The challenges of artistic programming with active spectators;

•          Risks and opportunities of active spectatorship from a management perspective;

•          The interactive role of participatory creative residencies: the artist, the venue and the audience perspective;

•          The organizational challenge of audience engagement;

The panelists worked in groups of around 10-25 people per session, helped in the task by moderators. Six reporters attended and documented the different debates and presented their first conclusions at the end of the two-days conference. In-depth analysis of the workshops'contents from speakers and reporters will be included in the Conference Book, to be published in the first semester of 2017.

The afternoon session follows with the round table discussion dedicated to the artist point of view, moderated by Francesc Casadesús (Director at Mercat de les Flors). Bridget Fiske explained her "YES move. NO move. MOVED?" project, based on the concepts of empathy and borders. Starting from interviews to gypsies and immigrants and workshops with refugees, she developed performances with a mix of dance, songs and games, exploring the different ways we tell stories. Roger Bernat presented his experiment (Desplazamiento del Palacio de La Moneda) involving local communities in Santiago de Chile, where a parade carrying the mockup of the Palace of the President of the Republic to an indigent neighbourhood turns into a symbolic reappropriation of the space of public power and an attempt to reconnect politics with civic life. Finally, Prisca Villa and Jerôme Devaud talked about their Nuovo Cinema Neo Cinetico, where they question the genius loci (spirit of the place) through collective actions in public space.

The last intervention of the day was given by Elena Carmona, presenting Sâlmon dance festival held at Mercat de Les Flors, in whose premises later attendees had the chance to dine.

The second day had been mostly dedicated to the final round of workshops, that produced an animated debate which continued even during coffee break and lunch. The intensive 2-day conference ended with one of the most inspirational speeches, given by prof. Ben Walmsley (Leeds University, UK). He debunked myths on active spectatorship, starting from the naïf idea that audiences are passive and need to be developed and ending with refusing the stereotype of spectators as consumers. The professor stressed the need for a paradigm shift in participatory practice, calling for real horizontal engagement with and not mere production for audiences, through the adoption of a new model for arts marketing: cultural organisations should switch to an engagement-based vision, leaving ahead the traditional 4Ps (Product, Price, Place, Promotion) to embrace the 4Es (Experience, Exchange, Environment, Engagament).

The day closes with many questions left deliberately open, nonetheless providing participants with a new awareness: there is a need to reconceive of audiences as partners and guests and to have artistically led but audience-centric organisations. 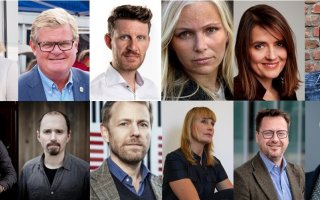 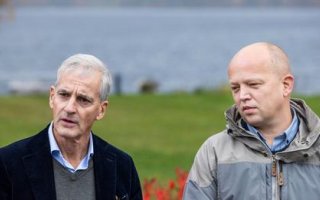 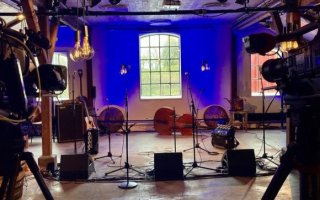