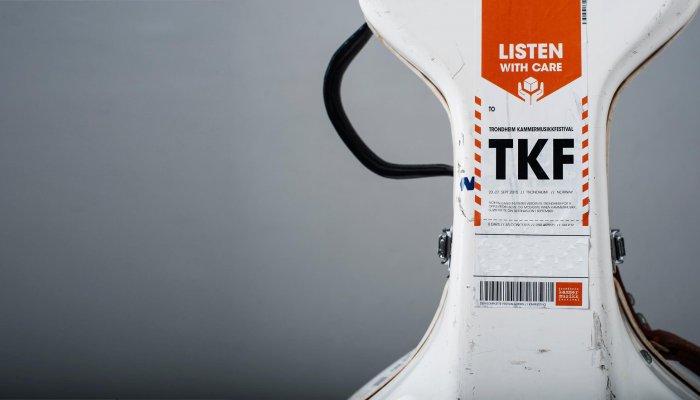 Since its humble beginnings, Trondheim Chamber Music Festival has been an adventure.

The Trondheim Chamber Music Festival was established in 1996 as a small festival featuring friends and musicians from Trondheim, run by two friends from a studio bedroom and various café tables around Trondheim. Now eighteen years later it has become one of the most innovative chamber music festivals in the world with a staff of four, based at Dokkhuset in the heart of Trondheim. The festival is attracting attention from all over the world.

Chamber music is communication on a high level, intimate, beautiful and challenging. Chamber music holds a central place in the hearts of and in the production of, our most respected and beloved composers of all periods. Since 1996 the festival has aimed to find the balance between being innovative, audience friendly and presenting a program of high quality. Through the festival, the Trondheim International Chamber Music Competition (TICC) and the Trondheim International Chamber Music Academy (TICA), give young international and national chamber music ensembles, the chance to develop their career.

The Festival aims to be a yearly international and national arena for chamber music in different genres of high quality and innovation, based in Trondheim. Already in 1996 the Trondheim Chamber Music Festival had a program which was of international standard. The establishment of TICC an TICA has helped attract a great deal of international attention to the festival, as has the presentation of the festival composer program. Ensemble music of high quality is not genre defined or art specific and therefore the festival presents concerts combining music with literature, dance, food and the fine arts. In 2004 we introduced a family day at Ringve museum. A day dedicated to children.

Since 1999 the festival has yearly presented a living composer. Our goal is to play as broad a spectre of the composer’s music as possible throughout the week and at the same time include and inspire the local music life. We believe that the barrier to new music is reduced when you meet a living composer who also can explain his or her own work. We are very proud to have had the following composers at the festival;

The Trondheim Chamber Music Festival has an ambition to feature the best young chamber music ensembles. We believe that young musicians of high international quality will inspire, fascinate and attract a young audience. And the classical scene needs a young audience! As part of this development Trondheim Int. Chamber Music Competition, TICC was established in 2000, the first international chamber competition in Norway. The competition seeks student ensembles and young professional ensembles. It has had much international attention and receives applications from all over the world. Every second year the competition takes place, with the Academy being held in alternate years.

Making a contribution to the local music life is a very important aim for the festival which is arranged every September to cater for the city’s inhabitants as well as the students who at this time have returned to Trondheim after summer vacation. The festival artists are involved in a lot of different activities together with the local music life, such as playing with local musicians, giving seminars and master classes at the NTNU Music Institute.

The Trondheim Chamber Music Festival has prioritized marketing and the way the festival is seen from the outside. By active use of social media and creative marketing stunts the festival is generating a lot of interest.

By presenting something extraordinary, the festival has managed to attract the attention of both the regular concert audience as well as those who are not generally to be seen in concert halls. In the last five years the percentage of students and young people has been around 50%. This is quite unique in today’s classical music world!