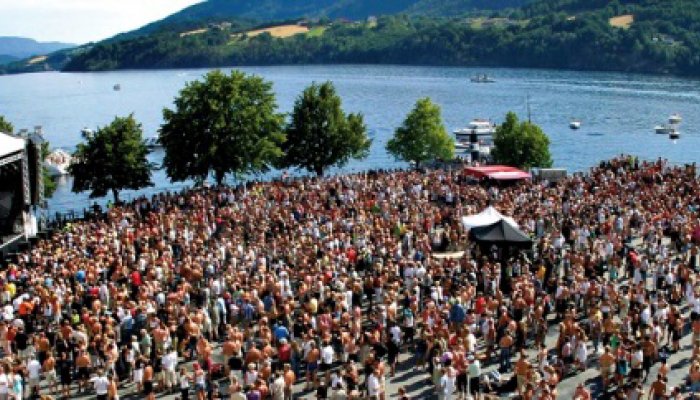 Notodden Blues Festival (NBF) is one of the largest blues music festivals in Europe and the largest in Scandinavia. The festival is held in Notodden, Norway, usually in early August. It has been running annually since 1988.

The festival does not aim to be the biggest of its type, but to become Europe’s "largest blues experience", which is reflected in their emphasis on quality over quantity.

In 1992, NBF established the Notodden Blues Festival Foundation. The goal of this entity is to secure the financial costs needed to operate the festival. Presently, the "operation capital " controlled by the Foundation is NOK 900,000, which has been accumulated as a result of the economic success of previous festivals.

Each year, young people between the ages of 14 and 18 are given the opportunity to be a part of the "New Generation of the Blues". Forty youths are chosen to participate in this seminar. Participants, though mostly from Norway, come from as far away as Mississippi, U.S.A. Professional instructors, with backgrounds ranging from studio, touring and television, guide the seminar’s students through "one on one", as well as group classes. The seminar includes the disciplines of harmony, playing by ear, instrument/equipment maintenance and the "music business". The seminar is held over six days, starting on the Monday before the festival opening. During the course, each student is given the opportunity to work in the studio and a "studio quality" CD is produced afterwards for each of the participants. The seminar closes on Saturday with a concert performed by the seminar members. This concert is a part of the festival program and is attended by an audience of thousands